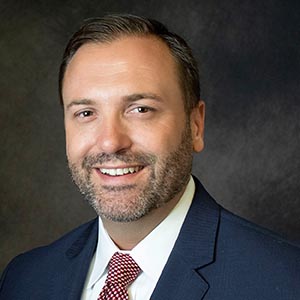 "Jamie's experiences as a highly successful banker will greatly complement the work of our Hereford Region and strengthen our footprint throughout the Panhandle," Butler said. "He's a native of the area and knows first-hand the work ethic of our customers and citizens in the region. I look forward to Jamie leading our outstanding Hereford team as we continue delivering the top-level banking experience for which we're known."

Since January 2019, Esch has served as Senior Vice President (SVP) of Private Banking and Commercial Lending at Happy State Bank and Trust Company in Amarillo, Texas, where he was responsible for developing processes and products for the private banking department and developing consumer and commercial portfolios of private banking clients. He first arrived at Happy State Bank in March 2017 as SVP & Director of Operations and was responsible for the daily operations of the bank, including deposit operations, training and information technology.