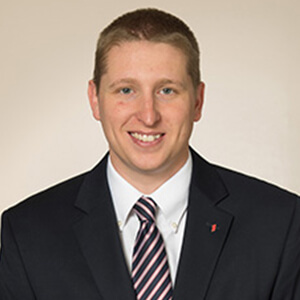 John is a co-portfolio manager of the Core and Strategic Growth Portfolios focusing primarily on the Industrials and Utilities sectors.

He earned his CFA Charterholder designation in 2016 after joining First Financial Trust in 2010.

John graduated from Abilene Christian University with a Bachelor of Science degree in 2010. John is a native to Abilene. His community involvement includes serving as a loaned executive for the United Way of Abilene campaign in 2013, as well as being part of the Abilene Chamber of Commerce’s Leadership Abilene program for the years 2013 through 2014.