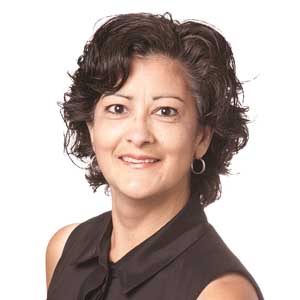 ABILENE, Texas, April 9, 2020 /PRNewswire/ -- The Board of Directors of First Financial Bank, N.A. announced the expansion of its mortgage footprint into Austin, Texas with a new mortgage office located at 13215 Bee Cave Parkway, Building A, Suite 242.  In addition, Irene Green has been elected to Senior Vice President of Mortgage Lending. Both announcements were made by F. Scott Dueser, Chairman, President, and CEO of First Financial Bank, N.A.

"We are extremely pleased to expand our mortgage originations into the Austin area, and bring Irene Green to the First Financial Mortgage team," said Dueser.  "Irene's knowledge of the mortgage industry and the Austin area will make an immediate impact for our customers, communities, and homebuyers across all of Travis, Hays, Williamson and surrounding counties."

Irene has more than 30 years in the financial services industry and more than 19 years in mortgage lending. She began her career with a large community bank in Austin before joining First Financial in Austin.  Irene has received numerous awards for her exceptional mortgage lending efforts including a seven-time winner of Texas Monthly Five Star Award Professional, a four-time winner of Austin Business Journal Top 25 Mortgage Producer, and a two-time winner of Austin Magazine Top Mortgage Professional.

Certain statements contained herein may be considered "forward-looking statements" as defined in the Private Securities Litigation Reform Act of 1995. These statements are based upon the belief of the Company's management, as well as assumptions made beyond information currently available to the Company's management, and may be, but not necessarily are, identified by such words as "expect", "plan", "anticipate", "target", "forecast" and "goal".  Because such "forward-looking statements" are subject to risks and uncertainties, actual results may differ materially from those expressed or implied by such forward-looking statements.  Factors that could cause actual results to differ materially from the Company's expectations include competition from other financial institutions and financial holding companies; the effects of and changes in trade, monetary and fiscal policies and laws, including interest rate policies of the  Federal Reserve Board; changes in the demand for loans; fluctuations in value of collateral and loan reserves; inflation, interest rate, market and monetary fluctuations; changes in consumer spending, borrowing and savings habits; and acquisitions and integration of acquired businesses, and similar variables.   Other key risks are described in the Company's reports filed with the Securities and Exchange Commission, which may be obtained under "Investor Relations-Documents/Filings" on the Company's Web site or by writing or calling the Company at 325.627.7155. Except as otherwise stated in this news announcement, the Company does not undertake any obligation to update publicly or revise any forward-looking statements because of new information, future events or otherwise.