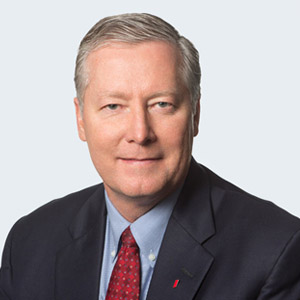 “Pulling All-Nighters Was Worth It,” says First Financial Bank


Working on the Paycheck Protection Program (PPP) resembled being back in college for the staff at Abilene, Texas-based First Financial Bank (FFIN) with loan officers pulling several all-nighters to help local businesses.

Those long hours resulted in the $9.7 billion bank being ranked as one of the top PPP lenders in Texas, with 6,521 loans funded by mid-May for a loan volume of $710 million.

FFIN’s executive team formed a task force in mid-March as the coronavirus began to spread. The group met daily for several weeks to go over the latest information to make sure its employees and its customers were safe. Those who could work from home were sent home.

As the PPP came to the fore, the bank’s chief credit officer, T. Luke Longhofer, led the effort to help small businesses and nonprofits apply for funding.

The bank appointed a Small Business Administration (SBA) champion commercial loan officer in each of its 12 regions and tapped its marketing staff to help get the word out. It also accepted all applications centrally at the Abilene headquarters where about 20 credit analysts reviewed the loans’ underwriting. The consumer lending team also got called in to assist, said Ron Butler, chief administrative officer.
“We served a lot of customers and attracted a good many new customers to the bank,” Mr. Butler said. “We were working all weekend; there were some all-nighters pulled to get everything through the system,” he said. “We knew the money was going to run out, and it did, so we worked as fast as we could.”

While tough work, it turned into an amazing team-building experience for the entire organization.

“To serve over 6,500 customers, and for a good many of those this was the key to keeping them in business; it felt really good to do all of it,” Mr. Butler said.

FFIN took the electronic application platform that it uses for consumer loans and adapted it to the PPP, although other portions of the process were manual. From mid-March through April 30, the bank, which employs 1,450 people across 78 branches, offered employees lunch every day to keep them safe and to support local restaurants.

“A gentleman here in Abilene broke down and cried when we made a lunch order from his restaurant, he was so appreciative, and he’s been a bank customer for 30 years,” Mr. Butler said.

Cathy Ashby, CEO of the United Way of Abilene (United Way), said the organization started to see needs arise as the coronavirus started to spread. Those needs ranged from helping a food bank to providing day camps for healthcare workers and employees at essential businesses.

The organization, which banks with FFIN and has employees who are FFIN board members, held informal discussions about the PPP as Congress explored the option. F. Scott Dueser, FFIN chairman, president and CEO, is currently chair of the organization’s foundation. By the time the PPP opened, FFIN was able to submit its $164,000 loan for funding on the first day. The PPP loan meant 21 people who worked at United Way or its collaborative agency, 211 Texas, were able to keep their jobs, Ms. Ashby said. “First Financial is our No. 1 company every year in our workplace campaign,” Ms. Ashby said. “They are also one of our largest sponsors for different events. They are dream partners. They were looking out for our best interests, and they were proactive in helping United Way.”