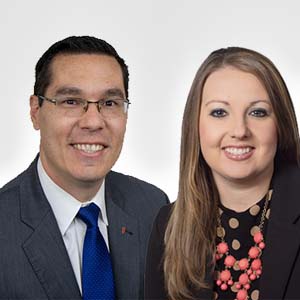 ABILENE, Texas, May 19, 2020 - The Board of Directors of First Financial Bank, N.A., today announced the promotion of David W. Bailey to Executive Vice President and Senior Lender for the Abilene Region. In addition, Candi Kanady was promoted to Eastland Division President. Bailey will continue to serve as Chairman and CEO of the Eastland Division. Both announcements were made by Ron Butler, Chairman and CEO of First Financial Bank, Abilene.

“We are extremely proud to welcome David back to Abilene in this important role.  David has consistently demonstrated his commitment to our Bank, our customers and our communities,” said Butler.  “We are fortunate to have Candi in place to lead our Eastland Division as David transitions to his new responsibilities in the Abilene Region.”

Kanady graduated from Eastland High School and then Tarleton State University with a bachelor of business administration degree.  She began her career at First Financial as a part-time teller in 2001, processed real estate loans for several years and has been the Eastland Division’s mortgage lender for more than ten years.  She was promoted to Senior Vice President of mortgage and commercial lending in 2015 and to Executive Vice President earlier this year.  She is also a 2019 graduate of FFIN University, the Company’s internal management school.  Kanady is a member of the Eastland Rotary Club and served as treasurer of the club for six years.  Other civic involvement includes the Eastland Garden and Civic Club.

Certain statements contained herein may be considered “forward-looking statements” as defined in the Private Securities Litigation Reform Act of 1995. These statements are based upon the belief of the Company’s management, as well as assumptions made beyond information currently available to the Company’s management, and may be, but not necessarily are, identified by such words as “expect”, “plan”, “anticipate”, “target”, “forecast” and “goal”.  Because such “forward-looking statements” are subject to risks and uncertainties, actual results may differ materially from those expressed or implied by such forward-looking statements.  Factors that could cause actual results to differ materially from the Company’s expectations include competition from other financial institutions and financial holding companies; the effects of and changes in trade, monetary and fiscal policies and laws, including interest rate policies of the  Federal Reserve Board; changes in the demand for loans; fluctuations in value of collateral and loan reserves; inflation, interest rate, market and monetary fluctuations; changes in consumer spending, borrowing and savings habits; and acquisitions and integration of acquired businesses, and similar variables.   Other key risks are described in the Company’s reports filed with the Securities and Exchange Commission, which may be obtained under “Investor Relations-Documents/Filings” on the Company’s Web site or by writing or calling the Company at 325.627.7155. Except as otherwise stated in this news announcement, the Company does not undertake any obligation to update publicly or revise any forward-looking statements because of new information, future events or otherwise.