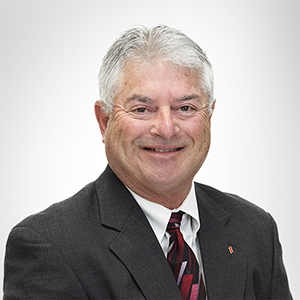 First Financial Bank, N.A. has promoted Chris Baughman to President of the Conroe Region. The announcement was made by F. Scott Dueser, Chairman, President & CEO, of First Financial Bankshares, Inc. Baughman will replace Sam Baker, who recently announced his upcoming retirement in March 2022.

"Chris Baughman has been a wonderful asset to First Financial Bank for more than a decade and we look forward to his leadership in this well-deserved role," Dueser said. "His extensive background in lending and the banking industry, in general, will continue to strengthen our footprint in the Conroe region."

Baughman is no stranger to First Financial Bank, having worked in the Conroe region the last 12 years as executive vice president. His responsibilities include commercial, real estate and consumer lending and building depository and lending relationships. Baughman has been the largest producer of loans in the region with a total portfolio of $98 million. A 39-year industry veteran, Baughman previously worked with Amegy Bank, First National Bank Texas, and American Bank Conroe, and was an examiner for the Texas Department of Banking.

A 1981 graduate of Stephen F. Austin State University with a Bachelor of Business Administration degree, Baughman also completed the University of Colorado Graduate School of Banking in Boulder in 1994. He is an active member in the community, including involvement as chair of the City of Conroe Planning Commission and Valley Ranch Municipal Utility District. He also served on the Conroe Economic Development Council.

"I'm honored to continue representing First Financial Bank in this role and appreciate the trust and faith our leadership have in me," Baughman said. "I've been privileged to work with Sam for many years and look forward to expanding on the legacy he's created for the bank in the Conroe region."