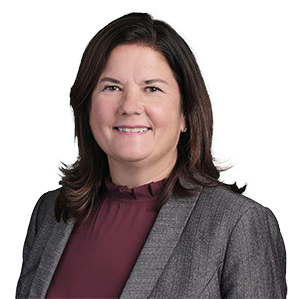 “We are delighted to welcome Michelle to the Company’s executive management team and to Abilene,” said F. Scott Dueser, Chairman, President, and CEO.  “Michelle's vast banking, accounting, and public company knowledge, experience, and expertise, especially in a larger bank, will be instrumental in helping us continue to grow.”

Mrs. Hickox most recently served as Chief Financial Officer of Independent Financial Group, Inc. (IBTX) and its subsidiary, Independent Bank, an $18 billion publicly-traded bank holding company based in McKinney, Texas, where she led IBTX through its initial public offering in 2013 and played a key role in ten acquisitions during her tenure. Prior to joining IBTX, Mrs. Hickox was an audit partner at RSM US LLP in Dallas, serving financial institutions throughout Texas. She is a certified public accountant and a graduate of Texas A&M University, where she currently serves as a trustee of the 12th Man Foundation.

Mr. Gordon resigned from his position as Executive Vice President and Chief Financial Officer, secretary and treasurer of the Company and its affiliates and subsidiaries effective January 9, 2023, in order to pursue other opportunities. Mr. Gordon’s resignation did not result from any disagreement with the Company, and Mr. Gordon has agreed to serve as a consultant to assist in the transition process.

“On behalf of our board of directors, I thank James for his contributions and wish him much success in his future endeavors,” said Mr. Dueser.