Andrea grew up in Terre Haute, Indiana and started her banking career straight out of high school working as a teller, ATM servicer, and just about anything else they would let her do. When she graduated from Indiana State University three years later with a B.S. in Finance, the bank she was working for Merchants National Bank in Terre Haute, Indiana, asked if she “knew anything about computers” and thus began her first Cash Management Department. Over the 10 years she worked for Merchants and its Holding company, Old National Bank, she held many secondary responsibilities. Her last position was Assistant Vice President, Commercial Lender as well as always overseeing Cash Management.

A family move to northern Indiana in the Spring of 1998 led Andrea to 1st Source Bank in South Bend, Indiana where again her Cash Management/Treasury experience was put to use. Andrea took over Cash Management in 1998, later called Treasury Services, and expanded service offerings, grew relationships, and lead the growth and automation of the department for over 20 years. She was very active in her community that became home and raised her family there.

In 2018, Andrea and her husband Doug, left Indiana to move to Abilene, Texas. Andrea became Executive Vice President, Treasury Management, Line of Business Manager for First Financial Bank, N.A. headquartered there. The move allowed Andrea to use her then 30 years banking and treasury experience to review and enhance the Treasury Management Department and its offerings to clients across Texas. 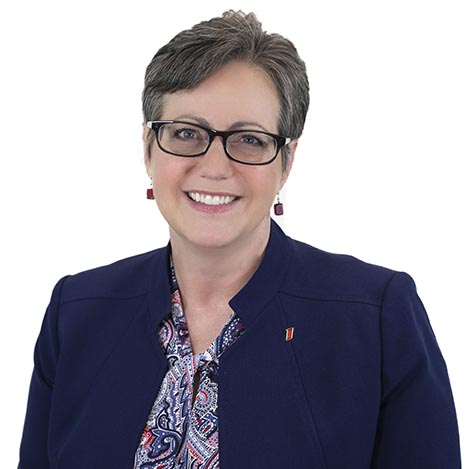