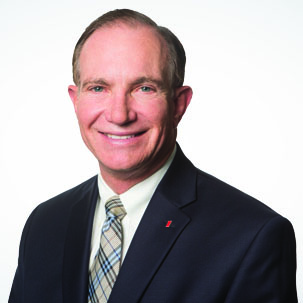 Scott Dueser has been with the First Financial family for more than 42 years, starting as a management trainee in 1976 with First National Bank of Abilene (now First Financial Bank, N.A.). He served as President and CEO of First Financial Bank Abilene from 1991-2001 and was named President and CEO of First Financial in 2001. Mr. Dueser became Chairman of the Board effective January 1, 2008. His banking career began in 1971, as a bookkeeper for First National Bank in Breckenridge, Texas while attending college. He also worked as a teller at Plains National Bank in Lubbock, Texas while still in school. Following his graduation, Mr. Dueser became an assistant bank examiner at the Federal Reserve Bank in Dallas.

Mr. Dueser earned his BBA in finance and BBA in accounting from Texas Tech University in 1975. He graduated from the Southwestern Graduate School of Banking at Southern Methodist University in 1981.